6 Shows To Binge-Watch This Winter 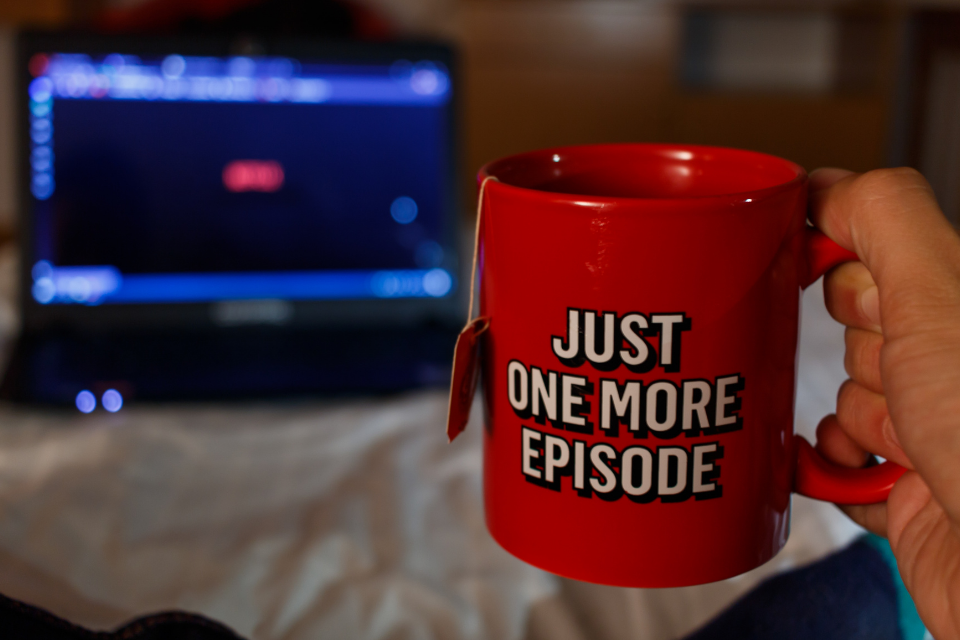 2020 is over (thank goodness), but it doesn’t look like we’re out of the woods in the UK yet. With a new strain of the virus and travel restrictions in place, we’re likely all about to spend even more time indoors.

The good news? Streaming services have delivered when it comes to new content. Whether you’re into period dramas, mysteries, or a good old-fashioned high school dance series, we’ve got you covered for new shows to watch for hours at a time. Check out the best shows to binge-watch this winter below.

Grey’s Anatomy and Scandal fans, rejoice—the latest offering from Shonda Rhimes premiered on Netflix on Christmas Day. ‘Bridgerton’ is a glossy Regency romance that tells the story of the British nobility’s marriage market and the lengths that high society will go to make the ‘right’ match. The drama features a diverse cast and explores more than your standard period piece, including female sexuality, masculinity, and faking a relationship to get your parents off your back about getting married. It’s the perfect way to take a break from the January gloom, if only for a few hours.

Watch this if you’re a fan of ‘Scandal’, ‘Grey’s Anatomy’, ‘How to Get Away With Murder’ or any Shondaland dramas. It’s being toted as ‘Downton Abby’ meets ‘Gossip Girl’ (but with even more steamy scenes).

Do your tastes run darker than corsets and ball gowns? If so, try ‘The Wilds.’ This teen drama follows a group of girls stranded on a deserted island after a plane crash. It’s part ‘Lost,’ part ‘Lord of the Flies.’ You’ll follow the characters with bated breath as they band together (and betray each other) in a drama that’s full of twists, turns and secrets. ‘The Wilds’ premiered in December 2020 on Amazon, so start watching!

Watch this if you’re a fan of teen dramas. Think ‘Pretty Little Liars’ crossed with ‘Lost.’

One of the best series to binge-watch this winter is another dark whodunit, but Scandi-style. Equinox is part mystery, all thriller. In 1999, 21 high school graduates vanished completely. Twenty years later, the secrets of what happened surface. Why did they disappear? You’ll have to watch and find out. Equinox premiered on Netflix on 30th December.

Watch this if you’re into dark thrillers—it has major overtones of ‘Dark,’ ‘The Killing,’ and ‘Midsommar.’

Who doesn’t love a bit of drama en pointe? This show follows a dancer from the wrong-side-of-the-tracks, Neveah, as she navigates The Archer School of Ballet, an elite ballet academy. ‘Tiny Pretty Things’ details every bit of drama as dancers plié and relevé themselves to stardom—or obscurity. Recently deceased dancer Cassie Shore is the source of the drama; who killed her, and why? This show premiered in December and is now streaming on Netflix, so check it out for all the dance-related drama.

Watch this if you’re a former dancer or really liked ‘Gossip Girl’ or ‘Pretty Little Liars.’ This dark teen drama will keep you riveted as long as you’re willing to suspend reality for a few hours.

The perfect way to cure your wanderlust, ‘Emily in Paris’ is technicolour fun—and one of the best shows to binge-watch. This series follows American Emily as she navigates a job in a French public relations firm. Juggling work and so many potential love interests it might give you whiplash, this series is like a macaron—light, airy, and over before you know it.

Watch this if you were a fan of ‘Sex and the City’ or ‘Younger’—or you need to pretend like you’re in Paris for a day.

‘Lupin’ is a French fantasy adventure series. The story follows Assane Diop, a Louvre janitor who makes a remarkable discovery. Diop finds a book about Arsene Lupin, which has the power to grant incredible resources. Follow Diop as he uses the book to get revenge on the wealthy family who killed his father. This show premieres on 8th January, so be sure to put a reminder in your calendar!

Watch this if you enjoyed ‘Sherlock’ or love a good revenge story.

Which shows to binge-watch this winter…so many choices!

Now that we’ve outlined the options, the real drama begins—which series will you start first?