The Ultimate Student Guide to Sheffield 2021

Despite being known for decades as the ‘city of steel’, Sheffield remains in the top spot as Europe’s city with the highest number of trees to people – with 2.5 million trees and a population of around 584,853, equating to equate to roughly four trees per individual.

Nature facts and industrial history aside, Sheffield is one of England’s largest regional cities and boasts a varied and innovative approach to lifestyle, culture, and development. It is also known across England and Europe as a ‘green city’ – incinerating waste to produce energy.

If you’re considering studying in Sheffield or moving into the area as a student, keep reading for your ultimate guide to living, learning, and experiencing the very best that Sheffield has to offer.

Sheffield was granted official city status way back in 1893. However, many consider it to be England’s largest village due to its remote location and the surrounding hills which protect the city. Bordering the Peak District National Park and with a third of the city lying within the boundary of the National Park, students with a love of hiking, weekend adventure, and the great outdoors will find plenty of things to do in and around Sheffield – of which 61% of the entire city is considered green space.

If city life is more your thing, its green status and natural surroundings have not caused Sheffield to shy away from development and industry, with the city offering endless inner-city experiences, plenty of shopping opportunities and designer stores, and of course, a ton of tourist attractions to keep your family visitors occupied and your weekends full.

Within and based around the city itself there are more than a few fun and unbelievable facts that you might find interesting to know, particularly if you’re a fan of sport:

And an extra fun fact for luck (one for future and current English Literature students to note!): Sheffield was featured by name in Chaucer’s famous Canterbury Tales and was once known as a place where knives were produced. Keep your eyes peeled if you study English and the Tales appear on your curriculum.

Before we talk about the two main universities in Sheffield, a little stat for you. Sheffield consistently appears in the top 10 of UK University rankings for student experience* – not least because of the varied landscapes and experiences inside and around the city, but also thanks to the quality of learning available and even the affordable drinks that make every night out one to remember.

The University of Sheffield is a member of the Russell Group (a group of 24 UK-based public research universities which conduct around three-quarters of all university research projects). The university covers 50 different academic courses and has also pioneered and is part of a programme called Made Together, working with organisations across South Yorkshire to make the region greener, more innovative, healthier, and more vibrant. As such, it is a university that thrives on supporting productive innovation and culture and is a great place for those interested in developing spaces and technology to match the Made Together programme aims.

The Sheffield Hallam University is set on two sites in the city: the City Campus and the Collegiate Crescent Campus. The university was born from the initial founding of the Sheffield School of Design, which then joined with several other independent colleges to become a university in its own right. Sheffield Hallam is the 14th largest university in the UK and is particularly well regarded by students studying architecture and geography – perhaps because of its proximity to the Peak District and areas of outstanding natural beauty.

From meeting up with friends to grabbing a quick bite to eat between lectures or on your way home after a long day, there is no doubt that Sheffield is home to a vast range of eateries – and, perhaps more surprisingly, more breweries than in the whole of Greater London. With a popular and proud ale drinking culture, for those students who like to celebrate the end of the day with a pint, Sheffield has a plethora of options – and many of them cater to students with deals and exclusive nights.

UCAS discounts present one way of saving in selected shops and eateries, or students can do some research online to find other independent and chain bars and restaurants which offer student discounts in Sheffield.

Some of the most popular include:

And finally, a tip from a Sheffield student – the Nottingham House Pub offers the best pies in the city, and Cutlery Works is a great hub full of different foodie vendors, perfect for when friends and family come to visit.

With such close proximity to the Peak District, Sheffield can get busy in the popular and warmer summer months, as it offers hikers and staycationers a great place to stay and experience different cultures before and after their days of walking. This is further buoyed by the fact that travel in Sheffield is so easy with a vast range of different bus timetables and a Megabus which connects different cities and offers an affordable way to visit your friends at other universities.

The Sheffield Hallam University city campus is especially close to Sheffield’s train station, while the collegiate campus connects to the station on a series of bus routes. The University of Sheffield is served by bus stops and a tram stop that runs across the city, or you can of course, take in the city on foot or hire a bike and make the most of Sheffield’s many bike paths and routes.

As there is no parking available in the city residences linked to the universities, it is not advised that students bring or move into the city with a car as this can be costly to store safely. 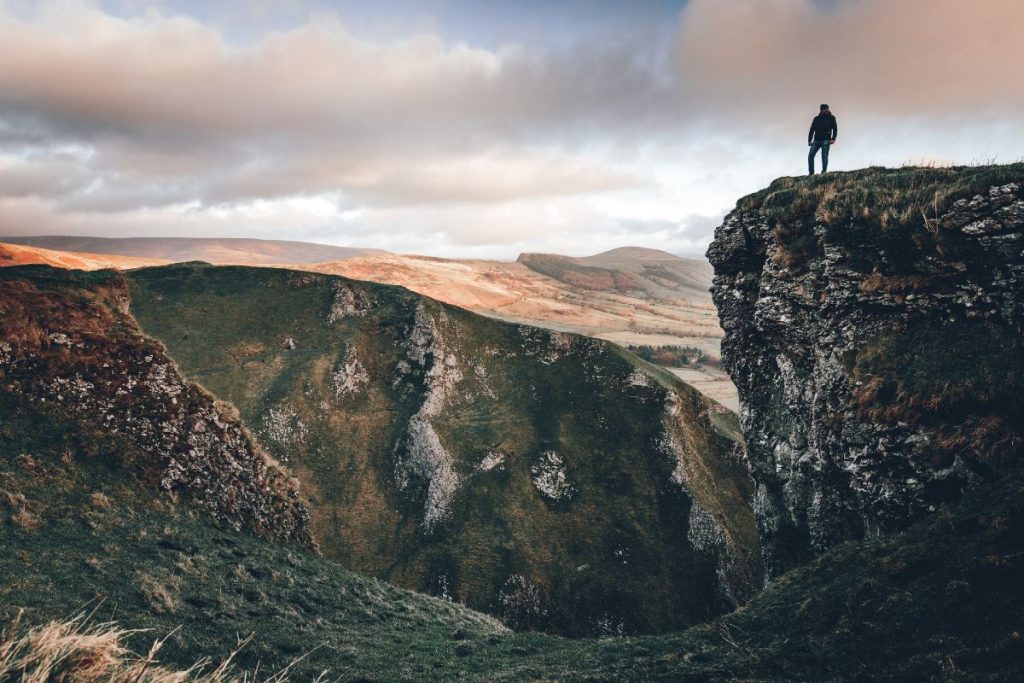 From the inner city experiences to the surrounding countryside of the Peak District, through to the architectural wonder that is the Sheffield University main campus site, Sheffield is packed full of sights to see and things to look at – and that’s just on the surface.

Home to some of the UK’s finest artistic talents and heroes, such as Sean Bean (actor), Derek Dooley (footballer), and Michael Palin (presenter and actor), Sheffield is a hive of culture – with some of the best and most iconic experiences including:

One of the first things you will realise about Sheffield is that many students who move here to study never leave. The lower cost of living combined with the varied landscapes and the many entertainment offerings means that Sheffield is not only great for learning but also a great place to live.

Some of the best entertainment offerings in the city revolve around the music scene, although if you fancy a night at the movies or a day filled with sporting events then there are plenty of options for you too (make sure to check out The Crucible, which is home to both theatre and the annual World Snooker Championships).

Bungalows and Bears is a popular location with students, combining music sessions with live music, while Tramlines is Sheffield’s iconic three day festival which takes place across a multitude of venues and turns the city into a mini-festival campus for the weekend.

With its new-found modern and innovative industrialisation, Sheffield combines its natural and rural surrounding setting with a varied array of high streets and shops – including what many say is the best charity shop they’ve ever been in (located on the high street in Crookes, Sheffield).

There are several main shopping areas located within Sheffield, including the Sheffield Moor Market which has been the cities go-to location for fresh produce since 2013. Meadowhall Shopping Centre in Sheffield is in the North of the city and is currently ranked as the 11th largest shopping centre in the UK, attracting over 30 million visitors every year.

For those looking for something a little smaller with some more independent shops, Ecclesall Road offers a student-friendly vibe with plenty of bars and cafes along the road for regular shopping breaks.

We say it every time, and for every city we cover, but find us a student who doesn’t care about the cost of living – go on, we’ll wait!

Cost of living is of course a major factor in deciding where to live and where to visit, and while the fact that so many students stay in Sheffield after graduation is obviously a positive sign, it is worth noting a few of the areas where cost of living is particularly important.

Most new students will be offered student accommodation for a fixed fee in their first year and will then have that year to decide on future accommodation for the remainder of their studies. It is here where costs can increase, with students reporting that some areas in Sheffield are notoriously pricier than others. For reference, Broomhill is a popular and affordable place in the city, as is Crookes.

When it comes to budgeting for your time as a student, knowing what you will need to pay for both inside and then outside of university accommodation is key.

Your cost of living should ideally factor in the following:

Sheffield is a place where city means country and where students can immerse themselves in everything from culture to a day of retail therapy, some great local food, or one of the cities notorious ale breweries.

Whatever you’re looking for in your student experience, with two universities and a whole host of things to see and experience, Sheffield is a great place to be as a student – and might even convince you to become a local for life.

PrevPrevious5 reasons to study in Belfast
NextThe power of sleep: Why we need it and how to get itNext

This website uses cookies to improve your experience while you navigate through the website. Out of these, the cookies that are categorized as necessary are stored on your browser as they are essential for the working of basic functionalities of the website. We also use third-party cookies that help us analyze and understand how you use this website. These cookies will be stored in your browser only with your consent. You also have the option to opt-out of these cookies. But opting out of some of these cookies may affect your browsing experience.
Necessary Always Enabled
Necessary cookies are absolutely essential for the website to function properly. These cookies ensure basic functionalities and security features of the website, anonymously.
Functional
Functional cookies help to perform certain functionalities like sharing the content of the website on social media platforms, collect feedbacks, and other third-party features.
Performance
Performance cookies are used to understand and analyze the key performance indexes of the website which helps in delivering a better user experience for the visitors.
Analytics
Analytical cookies are used to understand how visitors interact with the website. These cookies help provide information on metrics the number of visitors, bounce rate, traffic source, etc.
Advertisement
Advertisement cookies are used to provide visitors with relevant ads and marketing campaigns. These cookies track visitors across websites and collect information to provide customized ads.
Others
Other uncategorized cookies are those that are being analyzed and have not been classified into a category as yet.
SAVE & ACCEPT
Your Booking Starts Here!